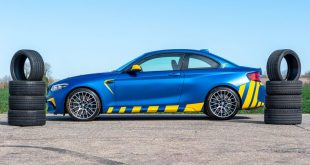 Esteban Guerrieri’s dream of returning to the FIA World Touring Car Championship has come true with confirmation of a minimum five-event programme with Campos Racing.

The Barcelona-based squad, a mainstay of the WTCC since 2005, has entered its Chevrolet RML Cruze TC1 on a full-season basis and signed Guerrieri for the races in Morocco, Italy, Hungary, Germany and Argentina with efforts ongoing for the 32-year-old to complete the entire 10-weekend schedule.

Guerrieri, who excelled in single-seater racing against current F1 stars Lewis Hamilton, Daniel Ricciardo and Sebastian Vettel, was the fastest driver of all during the WTCC Race of Argentina weekend last August on what at the time was a one-off appearance with Campos. Since then, the Buenos Aires resident has been working behind the scenes to make his mark on a more regular basis, while also being voted by a selection of WTCC journalists as their rookie of the year.

“After my debut last year I always hoped to come back racing in the WTCC so this means a lot,” said Guerrieri. “I really like the high competition level, the cars are awesome to drive and we’re running on the best circuits around the world so it will definitely be good fun. I already know the guys at Campos Racing, I know what they are made of and this is a great opportunity for all of us as a team. The potential is there I have no doubt and if we get it right we can achieve big things.”

Guerrieri, who will go up against fellow Argentine Néstor Girolami during this season’s world championship, will combine his WTCC campaign with an assault on the Argentine Súper TC2000 series with Citroën, a challenge he’s relishing. “There are no clashes on the calendar but many consecutive racing weekends so an organised agenda and to rest properly will be crucial to face the long flights. But my body is still young enough to cope! The lack of pre-season testing will be the biggest problem. But of course we will try to face that with the right preparation and attention to detail in order to absorb quickly as much information as possible.”

François Ribeiro, Head of Eurosport Events, the WTCC promoter, said: “Esteban did great at Termas last year and it could have been so much better for him without the clutch problem affecting his races. He adapted super quickly to the WTCC, the Chevrolet TC1 World Touring Car and Yokohama tyres. He deserves this chance to race in the WTCC and I am happy he can show his talent on other tracks, just like Néstor Girolami will do.”

Ruben Espin, Campos Racing General Manager, said: “We are excited to have Esteban with us in the team. Our role in the last few years has been developing young drivers. Since 2010/2011 when Gabriele [Tarquini], Tiago [Monteiro] and Jordi [Gené] raced for us we were not able to fight for the title. But we are back to show Esteban’s skills and convince sponsors to support us in the second half of the season.”